My destination was coastal village Harnai. 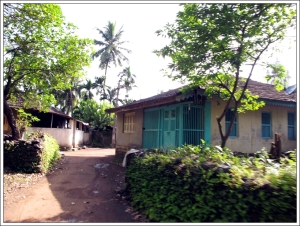 Gentle, grassland covered on one side and on the other a vastness of emerald blue. The village was silent. Everything was dead quiet. Kind of like a siesta time. I parked my bike, stretched out on a nearby pole and casually watched the village. Positioning myself away from the village, I could hear all kind of things. I could even hear the churning of waves on the nearby shore. 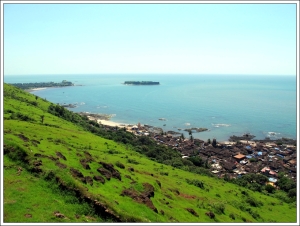 In one yard, were two small boys in their school uniform fighting with each other. Their fighting made shrill sounds that echoed over the entire village. From an open window came the sound of somebody playing “a petty and tabala” a traditional music of the place. Crazy male cock was going crazy in the middle of afternoon. Right in front of my eyes, a bug was inching along a blade of grass. Occasional vehicles passed at roaring speeds and clouds of red dust disappeared slowly. In a while that same tiny bug came very close to where I was standing, paused, thought things over a while, and then decided to go back the same way it came. 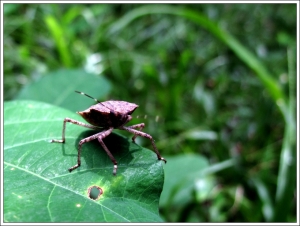 I wondered if the presence of outsiders bugged bugs?

3 thoughts on “Bug got bugged”